Does NLP Work? A Scientific Study (1)
This scientific study is presented as excerpts (with permission) from:
The Effectiveness of NLP: Interrupted time series analysis of single subject data for one session of NLP coaching.
by Jaap Hollander, and Oliver Malinowski
Institute for Eclectic Psychology
Nijmegen, The Netherlands
Radboud University, Nijmegen, The Netherlands 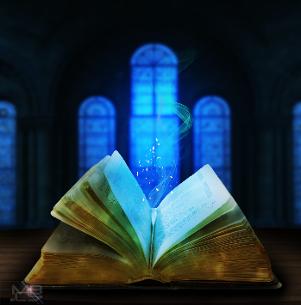 Condition 3 was testability: the goal should be testable, i.e. the participant should be able to specify in sensory terms (seeing, hearing and/or feeling) how they would know that the goal had been achieved.

Condition 4 was contextualization: the context in which the participant wanted to achieve the goal needed to be specific (when, where and with whom).

Condition 5 was goal ecology: secondary effects of achieving the goal should be neutral or positive in the estimation of the participant.

Participants were then asked to visualize achieving their formulated goal as lively as possible from first person experiential position and concentrate on the associated feelings.

After that, an analogy was presented by the NLP trainee, describing positive experiences the trainee had had with other clients, or in their own lives, with the NLP protocol used in this study. This was done to motivate the participant as well as to once more clarify the purpose and structure of the procedure.

The next step consisted of defining the obstacle that had kept the participant from reaching his goal in the past.

After that, the participant was asked to visualize himself or herself in the future as a healthy 70- 80- or 90 year old person (the participant chose the exact age). The participant was then asked to experientially step into this life phase and from this point of view imagine seeing their present self and formulate advice to overcome the present obstacle and achieve the goal formulated earlier. This procedure was adapted from Erickson’s ‘pseudo-orientation in time’(1980). This step was added to experientially validate the chosen obstacle.

The duration of this coaching session was not measured but was estimated to take between 50 and 70 minutes. No time limits set on the NLP coaching session. For more detailed information regarding the protocol used, feel free to read the original article linked below.

Participants were then reminded that they would have to rate their chosen psychological or social problem for the next 20 days until they would be invited for the evaluative meeting. This last get-together was used to ask participants about emotional, cognitive and behavioural changes due to the treatment and to dismiss them properly from this study.
So, Does NLP Work? YES!
To download the complete scientific study Click here